Interesting transfer news are out claiming that Blackpool’s England U21 star Thomas Ince is a target for Italian clubs. 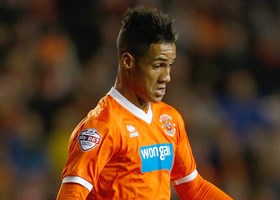 The Daily Star revealed that Napoli and Juventus are weighing up bids for the 21 year old after learning they could strike a deal in January to sign him for £335,000.

The England U21 international will be out of contract next summer and Blackpool will only be entitled to compensation if he leaves then.

However FIFA rules mean Ince can move to a club outside England for a cut-price compensation fee at the end of his deal.

Tottenham are the leading English contenders to land Ince but will have to pay much more to land him.