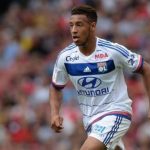 Reports are out claiming that Arsenal must move quickly if they’re to land Lyon midfielder Corentin Tolisso.

Gunners boss Arsene Wenger is keen on Tolisso this summer after a mini-clearout of his midfield options.

However, Napoli have jumped ahead of Arsenal in the race for the midfielder.

OL have rejected a €16 million offer from Napoli for Tolisso, but the Italians are expected to return with an improved bid.

Lyon president Jean-Michel Aulas is prepared to sell for €20 million.