Reports are out claiming that Arsenal are battling Napoli for Southampton midfielder Morgan Schneiderlin. 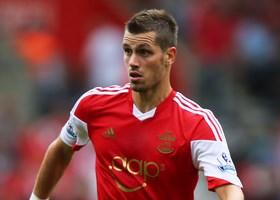 The Mirror reported that the Serie A club are lining up a swoop for the 24 year old Frenchman after finishing third in Serie A to ensure a spot in the Champions League qualifiers next season.

The former Strasbourg youngster signed for Saints in June 2008 and has been a key part of the club’s rise from League One to the top half of the Premier League – which has placed him on the Gunners’ radar.