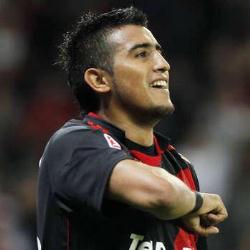 Transfer news from the Italian Serie A is out and it has been revealed that Napoli president Aurelio de Laurentiis has expressed interest in Bayer Leverkusen midfielder Arturo Vidal.

The Chile international star has also emerged as a strong target for Premier League giants Arsenal.

De Laurentiis said : “Vidal is a player we would like to have, but we’ve got to see how much he’ll try to get away with, especially when it comes to his agent,”.

“In any case, Bayern Munich strongly want him too.”