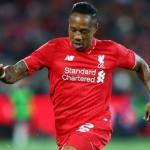 Reports are out claiming that Nathaniel Clyne has clearly identified Liverpool’s goals for the 2015/16 season.

The Reds dropped off the pace last season, falling from second to sixth in the Premier League, and summer signing Clyne is determined to be part of a group which returns to the top four while performing well in the Europa League, FA Cup and Capital One Cup.

The England international told Sky Sports News HQ : “We’re involved in a lot of competitions. We’ve got Europe, the FA Cup and the Premier League,”.

“We are going to try to go into those games looking to win every single one of them. The aim is top four or anything higher. We’ve done a lot of work on the training field and organisation.

“Everyone knows their roles and their jobs. We’ve also the hunger to defend and try to keep the ball out the net. That’s the main thing really.”

Liverpool have saluted in their opening two league fixtures, with 1-0 wins over Stoke City and Bournemouth, as they prepare for Monday night’s trip to Arsenal.