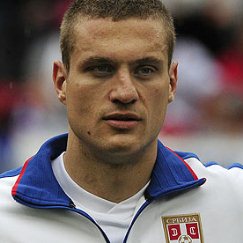 It has been revealed that Manchester United defender Nemanja Vidic has quit international football following Serbia’s failure to qualify for the Euro 2012 finals in Poland and Ukraine.

Vidic, now age 30, missed a penalty as the Serbs suffered a 1-0 defeat at Slovenia, meaning they finished third in Group C, failing to make the play-offs.

“The FSS wishes to thank Vidic for everything he has done for Serbian football,” the Serbian FA said.

“We respect his decision and we wish to underscore the national team’s doors will be open for him if he chooses to return.”

Vidic joined United in the January transfer window of the 2005-06 season and has since become captain at Old Trafford.

Royston Drenthe : Everton Fans Can Expect More From Me