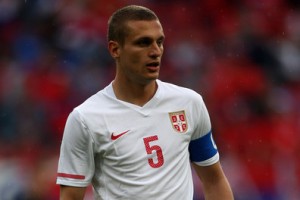 Manchester United defender Nemanja Vidic admits this could be his last World Cup with Serbia.

Now age 28, Vidic is also aware this may be his last chance to make an impact on the biggest stage.

The Manchester United defender has already established himself as one of the best players in the world but has hinted he will consider his international future once this tournament is over.

“It is a big thing for anyone to play at a World Cup,” he said. “I am no different.

“But I don’t just want to play. I want to do well.

“I want to achieve something I can be proud of.

“I have reached an age where it could be my last World Cup so I will give everything I can to make it a positive experience, for both myself and the team.”

Organisers : Vuvuzela’s Are Here To Stay!