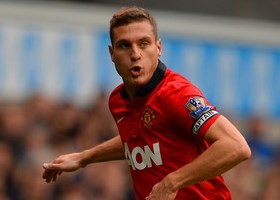 It has been reported that Manchester United boss David Moyes says skipper Nemanja Vidic is available for tomorrow’s clash with Hull City.

The Serbian centre back has been absent since the defeat to Newcastle on 7 December.

Moyes confirmed: “Vida’s fine, he also had a bad throat the other week, and he had an injury when he came back so we just had to look after him, but he is fine.”