Nemanja Vidic has admitted that Manchester United need to prove themselves today against Arsenal. 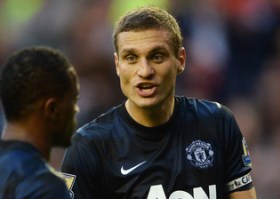 The reigning Premier League champions need to win today’s Old Trafford showdown against leaders Arsenal to prove they are more than flat-track bullies.

“We have to step up for a big game like this,” said Vidic in a rallying cry to his team-mates.

“We have to prove to everyone, including our fans and ourselves, that we are good. That is the challenge for us.

“Arsenal have played really well this season but we have to show we can do better than we did in games like Manchester City (United lost 4-1). I have seen signs we are getting better but good players raise their performances in big games and Arsenal is definitely a big game and one we’re looking forward to.”