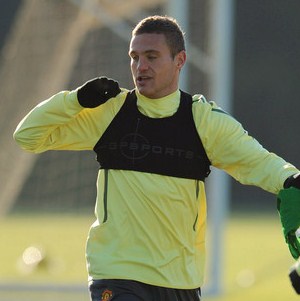 Manchester United defender Nemanja Vidic is aware of the responsibilities of wearing the captain’s armband at the club.

The Serbian international central defender was Sir Alex Ferguson’s surprise choice as skipper at the start of the season, handed the job ahead of Rio Ferdinand once the United boss had decided to remove the honour from Gary Neville due to the fact he was no longer a regular starter.

While the job itself is not new to Vidic, now the captain of his country and formerly Red Star Belgrade, he does feel the need to set an example for the rest of his team-mates to follow.

“I feel very proud,” he told Inside United.

“It came as a bit of a surprise. The manager said he wanted someone who would play regularly but I know it is a big honour.

“I haven’t changed anything in particular. But you do have to think about your responsibilities; your behaviour, the way you play, the way you train.

“I know that I need to set a good example, on and off the pitch.”


Newcastle United On The Verge Of Signing Sebastian Larsson