It has been reported that former Manchester United coach Phil Neville has defended David Moyes’ work in the transfer market while at Old Trafford. 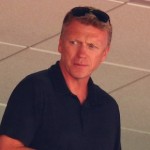 One of the major criticisms labelled at ex-United boss Moyes was his inactivity in the transfer market.

Neville said: “The dosh was there, we just couldn’t get the players in.

“We did spend money last year on [Juan] Mata and [Marouane] Fellaini.

“I think last year we did assess the squad and know that maybe the next couple of transfer windows, you didn’t have to spend £150m, they need a defender, a central midfield player.

“They lost five, six players in the summer, players who have won championships and gone through the mill with Man United, so it’s still a work in process.”