It has been revealed that former Manchester United coach Phil Neville is delighted seeing Sadiq El Fitouri grab his chance at his old club. 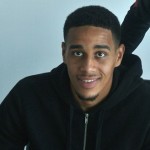 Rejected by Manchester City, the 20 year-old turned out for Salford City this season before being recommended to United by the club’s celebrity owners.

Neville told the Manchester Evening News that he and Paul Scholes gave El Fitouri a debut when in charge of the team as a caretakers.

“We both said he had to play,” said Neville. “Within 35 minutes we’d both seen enough for him to show us that he was far too good for this level.”

“We both decided that the best judge of young talent and ability was Warren Joyce at Manchester United,” added Neville. “I rang Joycey who told us to bring him down. Sadiq trained well over a week and did well enough to earn a contract.”