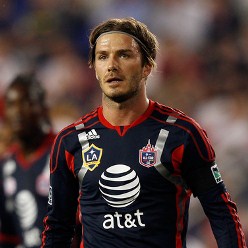 New York Cosmos ambassador Shep Messing has revealed that it is inevitable that the club will look to sign David Beckham.

Messing, who played for the Cosmos in the 1970s during their time in the North American Soccer League, believes they will be able to attract major stars to the Big Apple.

“I don’t think there’s any question,” Messing told Sportinglife.com when asked if Beckham, who is in the final year of his contract with the LA Galaxy, will be a target for the Cosmos.

“Who knows if it’s too little too late but David’s having his best year (playing football in the United States).

“I speak with him often and he is aware of every move that the Cosmos are making.

“I think it’s not going to happen overnight and it’s hard to draw an analogy to the players that we had before but I do think the New York Cosmos will attract the best players in the world.”