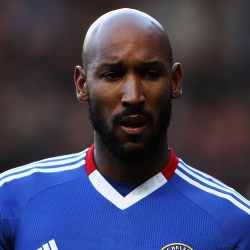 Interesting news are out and it has been revealed that New York Red Bulls and LA Galaxy are both chasing Chelsea striker Nicolas Anelka.

The London Evening Standard has reported that the MLS giants are hoping to convince Chelsea to let Anelka leave on a free transfer even though he has one year remaining on his contract.

Both MLS sides are interested in the striker, who is believed to be worried that he won’t be a key part of Andre Villas-Boas’s plans this season.

The 32-year-old is behind Fernando Torres and Didier Drogba in the pecking order and Chelsea are keen to sign another forward.

Anelka signed a one-year extension 12 months ago which increased his salary to £100,000 a week.

The former France international has been linked with a number of clubs in recent months but it is understood he would like to go to the MLS for a fresh challenge should the chance arrive.

New York Red Bulls, who would play Anelka alongside former Gunners captain Thierry Henry, and LA Galaxy are in the hunt but don’t want to pay a transfer fee.

However, they are hoping Chelsea realise that getting Anelka off the wage bill, saving them £5.2million, is an attractive proposition. Neymar : I Could Have Joined Chelsea And Become A Millionaire! Jose Mourinho Delighted With The Signing Of Cesc Fabregas