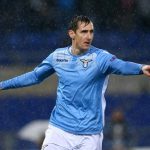 Off contract in June, Klose hopes to play on next season – and the US could be a destination.

New York Red Bulls, says Radiosei, are in contact with Klose and the German is keen to explore a deal.

Cosmos see Klose as a replacement for the retired Raul.

Thierry Henry : I Have To Go Through The Pain, That’s The Way It Is!