It has been reported that Newcastle United boss Alan Pardew hailed Yohan Cabaye’s performance in their 3-0 win at Crystal Palace. 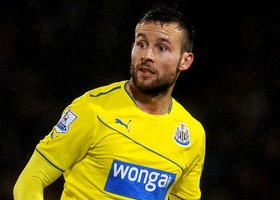 The French international midfielder opened the scoring as the Magpies secured an easy 3-0 win, with a Danny Gabbidon own goal and a late Hatem Ben Arfa penalty settling the game.

“I was honest with him all the way along,” said Pardew.

“The bottom line is the player has a true character and he added an x-factor for us today. When you are at the top of the Premier League you can’t stay there unless you have got x-factor and he gives us that.

“We have just got a team that believes in what it is doing, it has a functionality about it that is thorough in terms of its professionalism, no-one is shirking responsibility. It is making us a difficult team to undo.”