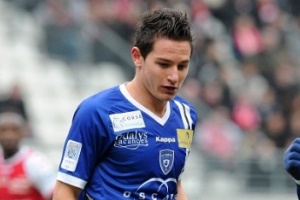 Reports are out claiming that Newcastle United are launching a £10 million bid for Lille winger Florian Thauvin.

The Telegraph revealed that Newcastle United have been watching the 20-year-old for several seasons and have decided to make their move regardless of whether Yohan Cabaye is sold to Arsenal.

Thauvin is regarded as one of the best prospects in France and he would join the already large French contingent on Tyneside.

The player has previously suggested he would prefer to move to Marseille, but Newcastle’s bid may well change that.

It is also said that Arsene Wenger is keeping tabs Thauvin and is ready to pounce before the transfer window closes.