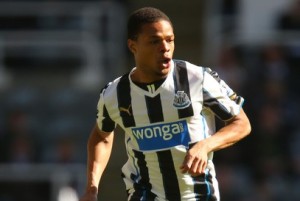 Newcastle United boss Alan Pardew insists that they have not given up on keeping Loic Remy.

The French international striker spent the season on-loan from QPR.

“He has been an important part of our season – if you take him away, we’ll need to replace him for sure. We lost (Yohan) Cabaye in the Christmas period and that has been difficult for us.”

The former Marseille striker is also linked with a move to Arsenal. Jack Wilshere Goes With England With Our Blessing – Arsene Wenger