Reports have emerged claiming that Newcastle United are looking at Filip Djuricic as a possible replacement for Yohan Cabaye. 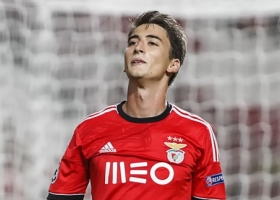 The Magpies have lacked quality and class in the centre of midfield since Cabaye’s January move to Paris Saint-Germain which will force them into the transfer market for a new attacking midfielder this summer.

According to The Mirror, 22-year old has emerged on the radar of the Toon despite being contracted to Benfica until 2018.

The Serbian international, who has made 19 appearances in all competitions for the Portuguese club since joining from Heerenveen in the summer of 2013, is valued at around £7million according to reports.