It has been reported that Newcastle United legend Alan Shearer has paid tribute to Wayne Rooney over his England goals record. 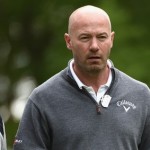 The Manchester United striker scored an 84th minute penalty against Switzerland to seal England’s 2-0 victory at Wembley to net his 50th international goal, one ahead of Sir Bobby Charlton.

“When you look at how long the record has stood then he should be a very proud person,” Shearer told the BBC.

“It’s a fantastic achievement to have stayed at the top for so many years.

“He’s been around for so many years and no-one has come in and taken the shirt off him and I can’t see anyone doing that for the next few years.”

Arsenal Made A Mistake, Szczesny Better Than Cech – Boniek