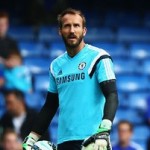 The Mail on Sunday reported that Schwarzer is wanted by Newcastle United.

The 42 year old former Australia international is now third choice at Chelsea and is set to move to the north east.

But he could also move to Norwich City if the East Anglian club offload John Ruddy.