It has been revealed that Newcastle United boss Alan Pardew is determined to sort out the future of Yohan Cabaye this week. 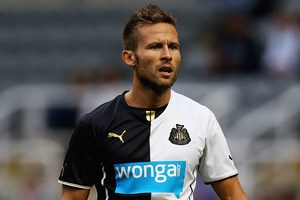 The French international midfielder continues to be linked with French champions Paris Saint-Germain and rivals Arsenal and Pardew wants to resolve the matter as soon as he can so he can make plans one way or the other.

“Cabaye gives us that final killer dagger to the heart of a pass,” said Pardew.

“We have to replace that if he’s going to go but we’re still not sure either way. I think this week is probably a good time to get that situation resolved but we need a little bit more if we lose Cabaye.” David Seaman Confident Arsenal Can Get Back Into Title Race Mesut Ozil Most Talented Player I’ve Ever Played With! – Wilshere