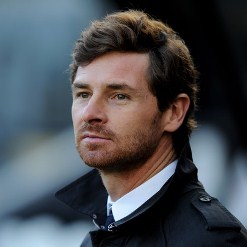 A match full to the brim of incident at St James’ Park ended in a 3-0 victory for Chelsea over Newcastle in the Premier League, but goals from Didier Drogba, Salomon Kalou and Daniel Sturridge told only a fraction of the story.

Chelsea, looking to ease the pressure on manager Andre Villas-Boas after a run of three defeats in four games in all competitions, should have been reduced to ten men after only five minutes when David Luiz somehow escaped with only a booking after fouling Demba Ba when through on goal.

Frank Lampard then saw a penalty saved by Tim Krul, who was magnificent throughout in the Newcastle goal, but Didier Drogba headed Chelsea in front after 38 minutes when exploiting some slack defending.

In a match that saw the woodwork rattled on five separate occasions, three times by Newcastle, Chelsea had to wait until the 89th minute to finally condemn the Magpies to their first home defeat of the season when Salomon Kalou, on as a substitute, slotted the ball home.

There was still time for Daniel Sturridge to score deep into injury time as he finally beat Krul after being denied time and again by the Dutchman, and the upshot of a wonderfully entertaining contest is that Chelsea go two points ahead of Newcastle and into fourth place.