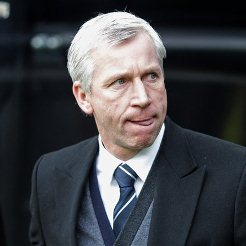 Wolverhampton Wanderers came from two goals down at half time to draw 2-2 at Newcastle United in Terry Connor’s first game in charge.

Former assistant manager Connor was appointed for the final 13 games of the season on Friday following the dismissal of Mick McCarthy and the club’s failed pursuit of a number of targets, and the size of the task facing him was made apparent when Newcastle raced into a two-goal lead inside 18 minutes thanks to goals from Papiss Cisse and Jonas Gutierrez.

However, Wolves responded superbly in the second half and levelled through efforts from Matt Jarvis and Kevin Doyle to prevent Newcastle from recording a fourth consecutive home win for the first time since 2007.