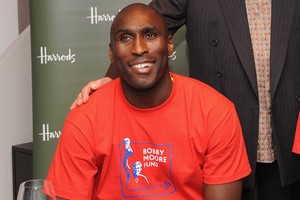 Sensational transfer news are out and it has been reported that Newcastle United have clinched a deal for off contract Arsenal defender Sol Campbell.

The Sunday Express reported that Newcastle have won the race to sign former Arsenal and England defender Campbell.

Free agent Campbell, now age 35, who had been offered a two-year deal by Celtic, now lives in the North East and has been persuaded to continue his playing career there with Chris Hughton’s newly promoted side.

Campbell got married yesterday and is expected to sign for the Geordies once he returns from honeymoon. £1m bonus for Newcastle players if they beat Arsenal today