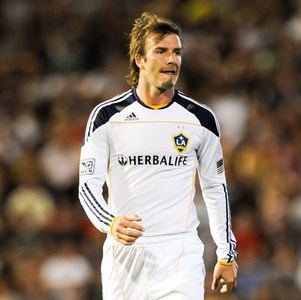 It has been revealed that Newcastle United have confirmed their interested in LA Galaxy superstar David Beckham.

The 35-year old England international midfielder has been linked with a number of clubs for a potential loan deal this winter and the latest one to show interest is Newcastle.

After his side beat Wigan Athletic 1-0 on Sunday, Toon boss Alan Pardew told BBC that the Geordie club were certainly interested in getting the ex-Manchester United and Real Madrid star to St James’ Park if a deal could be done.

“I’ve made it clear to the chiefs that I need an offensive player,” he said.

“Beckham is a player that could wear a Newcastle shirt – whether we can make that happen is another thing.

“The transfer window is not about who you would like but about what could happen. This would be a complicated deal.

“I think I’ll ask the club chiefs questions about all the players on my list.”