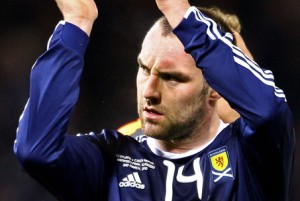 Interesting news are out and it has been reported that Newcastle United remain interested in Rangers striker Kris Boyd.

The Scotland international comes off contract next month and has seen interest from Birmingham City dry up.

It has been reported that Newcastle are thought to retain an interest in Boyd, and he has spoken in the past of his fondness for the club (and adolescent hankerings to emulate Alan Shearer).

A move to St James’ Park would also allow him to remain reasonably close to his family roots in Ayrshire.