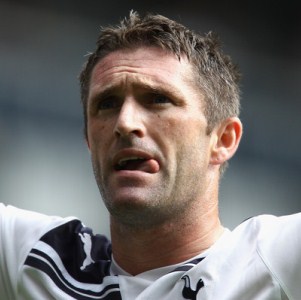 Sensational transfer news are out and it has been reported that Newcastle United boss Chris Hughton is eyeing a loan deal for Tottenham striker Robbie Keane.

According to the Daily Mail, Hughton has an excellent relationship with Keane from his time at White Hart Lane and with the Republic of Ireland.

Despite protestations to the contrary, Keane, 30, is willing to consider the move after falling down the pecking order at Tottenham.

The Ireland captain was loaned to Celtic last season after being consigned to the substitutes’ bench and the new campaign has started in the same fashion.

Hughton has been in touch and his staff believe they can convince Keane to agree to a move.

Newcastle owner Mike Ashley is willing to work on a deal knowing he will have to break his strict wage structure – but is hopeful Tottenham can help out with Keane on around £75,000-a-week.