Reports are out claiming that Newcastle United are lining up a shock bid for Aston Villa striker Darren Bent. 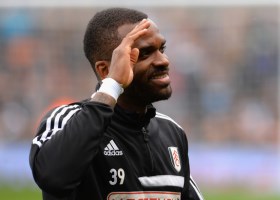 The Daily Express claims that Newcastle have set their sights on Aston Villa and former Tottenham and Sunderland striker Bent after giving up on Arsenal and Liverpool target Loic Remy.

Newcastle are desperate to sign a consistent goalscorer and have now turned their attention to Bent – who has scored 106 top-flight goals.

Bent will return to Villa this summer after a spell on-loan at Fulham.