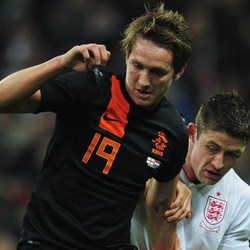 Reports have emerged that Newcastle United have made a final offer for FC Twente striker Luuk de Jong.

The Evening Chronicle claim that it means that the Premier League club will reassess other transfer targets this week as Alan Pardew returns to his desk at the club’s Benton base with pre-season training set to start on Thursday.

FC Twente president Joop Munsterman has claimed that following further discussions with FC Twente, United upped their initial £8m bid after a fresh round of talks over the weekend.

He told the Dutch media: “The offer was not serious. We have a different price in our minds”

Yohan Cabaye : I’m Happy To Be At Newcastle