Reports are out claiming that Newcastle United have opened talks with PSV Eindhoven for Ola Toivonen. 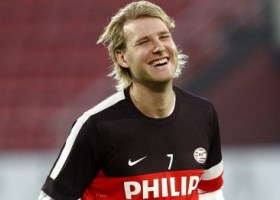 The Mirror revealed that the Swedish international, who can play as a striker or attacking midfielder, has turned down a new deal at Dutch side PSV Eindhoven.

The 27 year old looks set to be out of contract at the end of the season.

PSV are demanding £2.5m to do a deal in January rather than lose him for free.

Norwich, Fulham and Italy’s Fiorentina were keen on the former Malmo star in the summer, and now the Magpies are in the picture.