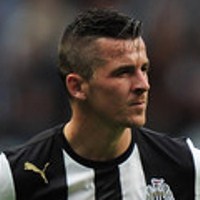 Joey Barton has hit out at critics after the flashpoint against Arsenal.

Embattled Arsenal boss Arsene Wenger claimed not to have seen Alex Song’s stamp on Barton’s calf, which happened in front of the dugouts.

The Newcastle player, who clashed with Gervinho, hit back on the social networking site last night.

“Cheats dive to win pens. If there’s contact go down but dont blatantly try to con the ref. Refs have it hard enough

“Hopefully, today proves my commitment, if it was ever in doubt? ‘Imagine if I’d stamped on Song, all the numptys would be out calling for a public execution. Cos its on me its alright? #hypocrites.

“What do people want me to do, stand and trade blows with Gervinho. If you raise your hands to players faces, you should be off. Ref got it right…

“Maybe I shouldn’ have got involved but diving and trying to win a penalty, is ****. Needs stamping out (No pun).” Arsenal To Launch Soccer Schools In The US