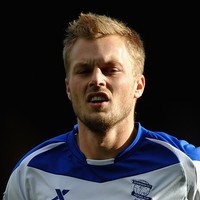 It has been reported that Newcastle United have had a £1.5 million bid for Swedish winger Sebastian Larsson accepted by Birmingham.

It is believed that Alan Pardew is eager to sign Larsson after his bid to to sign David Bentley from Tottenham Hotspur hit the skids.

The former Arsenal midfielder has six months left on his contract at St Andrews but has turned down improved terms from Birmingham.

Sunderland are also chasing the signiture of Larsson, but manager Steve Bruce is only prepared to pay £1 million for the 25-year-old. Newcastle In Talks With Sevilla For Diego Perotti