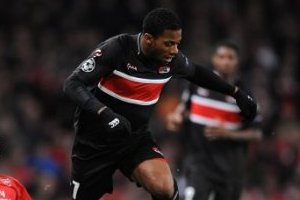 It has been reported that AZ Alkmaar striker Jeremain Lens appears to be headed for Newcastle United.

The 22-year-old striker has been in impressive form this season and has been continually linked with a move to a bigger club in the past couple of weeks.

Lens’ current deal at AZ is due to expire in the summer of 2013, but AZ could be tempted to cash in on the highly rated attacker if an offer in the region of £6.75 million was submitted.