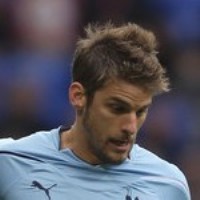 Reports are out claiming that Newcastle United are favourites to sign Tottenham outcast David Bentley.

The Mail on Sunday reported that the former Blackburn Rovers star is set for a Newcastle move to make room for the potential arrival of David Beckham at White Hart Lane.

It is believed that Toon boss Alan Pardew is a big fan of Bentley and is willing to splash out to sign him permanently.

Spurs are prepared to take a substantial loss on the £15million they paid Blackburn for Bentley in 2006.

The England international has made only 32 Premier League starts in four seasons and was not included in the 18 for yesterday’s game against Fulham.

Tottenham Will Not Compete With Arsenal For Luis Suarez