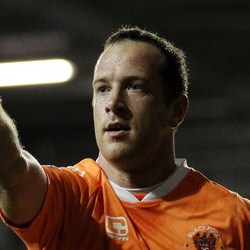 According to The Sunday Sun, the Scottish international, highlighted by boss Pardew as one of the best performing players this season – is one of the stars Toon are considering as they look to make a small number of “significant” additions in the January transfer window.

It is said that Adam was on Chris Hughton’s shortlist last season and Newcastle would have made a move if the Tangerines hadn’t gone up.

Pardew enthused: “Look at Charlie Adam for example. Most clubs would want to take that boy after what he’s done and the character and example he sets.

“You can’t tell me he’s out there on his own. You could name three or four Blackpool players in that category, although he’s probably pulled up more trees.

“I’m not the type to say there are none in that division worth taking.”