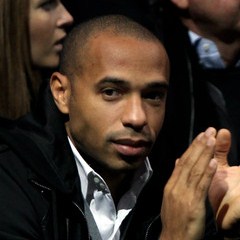 Interesting news are out and it has been revealed that Newcastle United have made a shock move for New York Red Bulls striker Thierry Henry.

The Daily Express has reported that Liverpool’s late swoop for Andy Carroll left Newcastle with nowhere to go to find a regular replacement before Monday’s deadline. And that left them looking at temporary signings – or players out of contract.

It is said that Newcastle United immediately targeted the former Arsenal star in much the way Tottenham tried to sign David Beckham – who has trained with them ahead of the start of the United States’ Major League Soccer season in March.

Henry, ironically, has also been in England recently, training with Arsenal ahead of the New York Red Bulls’ campaign. Newcastle approached Henry’s good friend and agent Darren Dein – son of former Arsenal vice-chairman David Dein – to see if a temporary deal could be arranged.

Last night that seemed doomed to failure, with Henry committed to the Red Bulls’ pre-season schedule in Mexico ahead of their kick-off against Seattle on March 19.

A Toon source revealed: “We had a real attempt to get Henry but the start of the MLS season worked against us.

“Carroll’s eleventh-hour departure prevented us getting a regular signing to replace him. But we would like to find a quality replacement, given that we have to look at players outside regular club contracts.”