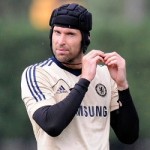 Newcastle boss Alan Pardew has wrapped his new boys in cotton wool. Midfielder Moussa Sissoko and striker Yoan Gouffran have been largely rested, along with defender Steven Taylor after his return from long-term injury, since emerging from their debuts at Aston Villa on Tuesday night feeling the effects of life in English football. But they – as well as midfielder Sylvain Marveaux, who missed the 2-1 win at Villa Park with a foot problem – will be available as Pardew has to do without only midfielders Hatem Ben Arfa (hamstring) and Cheick Tiote, who is on duty with Ivory Coast at the Africa Cup of Nations.

Goalkeeper Petr Cech is available following a calf strain. Cech missed the 2-2 draws at Brentford and Reading and is set to return in place of Ross Turnbull, while midfielder Juan Mata has shaken off an ankle problem sustained in midweek and defender John Terry could return after reverting to the bench at the Madejski Stadium. David Luiz (calf) and long-term absentee Oriol Romeu (knee) are still out and John Obi Mikel and Victor Moses are at the African Nations Cup, while Eden Hazard serves the final game of his three-match ban for his controversial dismissal at Swansea.

MANAGER QUOTES
Alan Pardew (Newcastle): “Obviously, there is one massive target which we mustn’t lose focus on, and that’s to stay in the Premier League. We are just going from game to game with a cup final mentality, and we will take that into Chelsea.”

Rafa Benitez (Chelsea): “Last season they had a great campaign, and I was slightly surprised that they haven’t been playing at the same level. But you can see they still have good players, and I think they will do well, but hopefully after this game. They did well last Tuesday against Aston Villa, so they will be happy with the performance and the result. After this game, if they can win a few games in a row I’m sure they will be fine.”