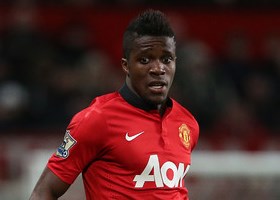 The Mail on Sunday reported that Zaha has emerged as the most wanted top-flight player in the January transfer window, albeit on a loan deal.

The England international has expressed a preference for teaming up with his former club Crystal Palace who sold the player to United last January for £15m then leased him back.

But United would prefer he not return to his old club and instead are listening to offers from Newcastle United and West Bromwich Albion.

Per Mertesacker Always Confident Of Finding His Feet At Arsenal