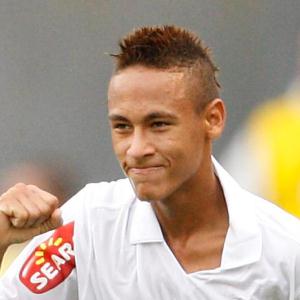 Santos starlet revealed that : “It would be great to get the chance to play for Chelsea. I feel excited about it.”

English Premier League champions Chelsea made a £25million bid for the Brazilian wonderkid in the summer which was rejected by Santos.

However Neymar, now age 18, still has his eyes on Stamford Bridge.

In an exclusive interview with The Sun, Neymar said: “To play for Chelsea would be an honour. Everything they have to offer is attractive to me.

“They have big players, they are in big competitions, they have a strong squad and I like the way they play.

“Top players want to be part of something like that. I’m no different. But I’m happy at Santos.

“If I left it wouldn’t be because Santos isn’t a good place to be but only because the Premier League is a higher level.

“It wasn’t the right time for me to go in the summer but I will be much better prepared for it by next year.”