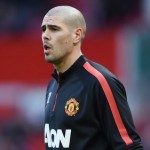 Reports are out claiming that Charlie Nicholas believes Arsenal need a world-class goalkeeper if they want to challenge for the Premier League title.

The former Gunners forward has joined the growing chorus of critics who suggest Arsene Wenger requires a top-quality gloveman in order to bridge the gap with newly-crowned champions Chelsea.

Arsenal currently have David Ospina and Wojciech Szczesny as the preferred two but Nicholas says a more talented custodian must be purchased.

“My opinion is that Wenger will go into the market but the only area he’ll be considering is a goalkeeper,” Nicholas said on Sky Sports.

Nicholas added: “Much depends on Jose Mourinho’s willingness to sell (Cech) and whether David De Gea remains at Old Trafford, but there’s probably going to be a chance to sign one of them this summer.

“Wenger showed when he brought in Jens Lehmann that he’s willing to bring in somebody experienced if he feels it’s required.

“A lot depends on Wojciech Szczesny’s reaction to being dropped, but the fact that he hasn’t been back in the team suggests that he hasn’t responded well and, if another goalkeeper is signed then I’d expect him to leave.” I Came To Arsenal To Win Titles – Mikel Arteta