Nicklas Bendtner has admitted that Arsene Wenger blocked his move away from Arsenal in the summer. 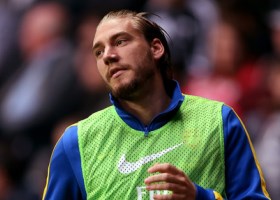 The 25-year old Denmark international was set to join Crystal Palace during the end-of-season transfer window but Wenger decided not to allow him to depart after they failed to sign another attacking player.

Bendtner, who was also linked with Hull City and some clubs in Germany, has hardly featured for Arsenal this season and he admits that he was disappointed by the non-transfer away from north London.

“I got extremely disappointed when he (Wenger) called, because I was set to move on,” said Bendtner.

“Actually I thought they didn’t want to keep me. I had everything in place. There were three clubs who were just waiting that I would accept one of their offers.”

I Only Wanted To Come For Arsenal! – Yaya Sanogo