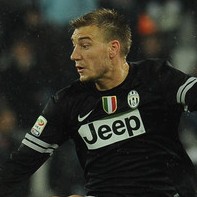 Reports are out claiming that Arsenal striker Nicklas Bendtner is open to a move to Tottenham in January.

The 24 year old Denmark international faces having his loan at Juventus cut short after failing to impress in Turin.

He admits he would be happy to stay in London and would not discount the prospect of emulating William Gallas and Emmanuel Adebayor, who have played for Arsenal and Spurs in recent years.

He said: “I would not rule out a return to London.”

Shay Given Set To Quit Aston Villa In January