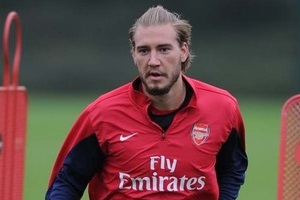 It has been revealed that Nicklas Bendtner is set to make a first appearance in two years for Arsenal next week.

The Daily Mail reported that the Denmark international striker will return from the football wilderness next week after finally proving his fitness to Arsene Wenger.

The 25 year old is set to make his first Arsenal appearance since August 20, 2011 – a 10 minute cameo in a 2-0 defeat against Liverpool – in the midweek Capital One clash against West Bromwich Albion. Chelsea Can Prove Ourselves Against Man Utd, Arsenal – Gary Cahill