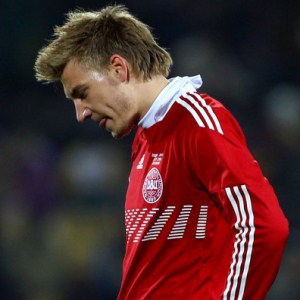 It is said that the young striker was hoping to be back later this month after being out since the World Cup with a groin injury.

However Bendtner, now age 22, has suffered a further setback and is not likely to be playing first-team football again until November.

He believes his injury is linked to a car crash he had nearly a year ago.

The news comes just 24 hours after Gunners boss Arsene Wenger discovered Robin van Persie could be out for a month with an ankle problem.