It has been reported that Nike remain interested in extending their partnership with Manchester United. 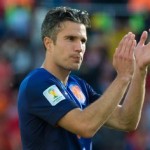 The Daily Mail reported that Nike insist they remain in talks with United despite it emerging that the American sportswear company are not expected to renew a long-running kit supply deal with the club because of the cost of a new contract.

Nike has been supplying United’s famous red shirts since 2002 but the current agreement expires next year. Its withdrawal is expected to clear the way for the club to sign a lucrative new deal with German sportswear company Adidas.

“Clearly Nike’s football business is booming and they could easily afford to do this (deal). They had the right to match any other offer but looking at the deal on the table, they will walk away as it doesn’t make commercial sense,” a source told Reuters.