Reports are out claiming that Arsenal boss Arsene Wenger insists he won’t have an influence on the choice of his successor. 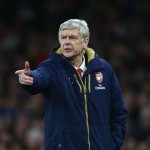 Wenger, 66, will celebrate his 20th anniversary at the club later this year but will not play a role in who replaces him at the Emirates.

He said: “I will not choose my successor here. I just want to leave the club in a position where it can do better when I am gone.”