Barcelona star Neymar has revealed that he would never have considered a move to Manchester City. 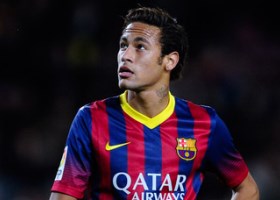 The Brazilian international attacker joined Barca in the summer from Santos.

“I could have left Brazil earlier than I did – but I knew for my development it was about joining the right team at the right time,” said Neymar.

“I knew there were other teams interested – but I would not have chosen Manchester City or anybody else.

“When I knew of Barcelona’s interest it was an easy choice – they were in my heart right away. We sat down as a family to make the decision – but there was only ever one choice.”