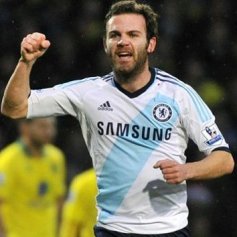 Juan Mata’s superb strike from distance proved the difference as Chelsea edged Norwich 1-0 at Carrow Road in the Premier League.

The Blues were not in as fluent or as potent form as they had shown in an 8-0 drubbing of Aston Villa, but they controlled possession and held on.

Sebastian Bassong had a late chance to salvage a point for the Canaries, who grew in confidence as the game wore on, but his close-range header went straight down into the ground and over the bar.

With Manchester City sliding to defeat against Sunderland, Chelsea move to within four points of second place, with a game in hand over last season’s champions.