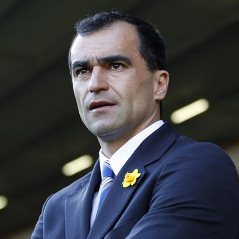 Wigan Athletic came from a goal down to draw 1-1 against Norwich City and avoid a damaging defeat at Carrow Road, though they remain rooted to the bottom of the Premier League.

Roberto Martinez’s side, who have now won only four of 28 league games this season, fell behind to a well-taken goal from Wes Hoolahan on 10 minutes as the Norwich midfielder converted with a smart volley.

However, while Norwich did enough to bring to an end a run of three consecutive defeats, Paul Lambert’s side struggled to contain Wigan, especially after the introduction of Shaun Maloney who created the equaliser for Victor Moses after 68 minutes.

Both sides had clear chances to win the game in the final minutes but a point apiece puts Norwich in 12th place and leaves Wigan 20th, two points shy of safety but a point closer to both Wolves and QPR following defeats for their relegation rivals.